Wow, it’s been a huge few months in our campaign to make sure bees across the world are protected. We wanted to make sure you got to see all the great news that you have helped make a reality. 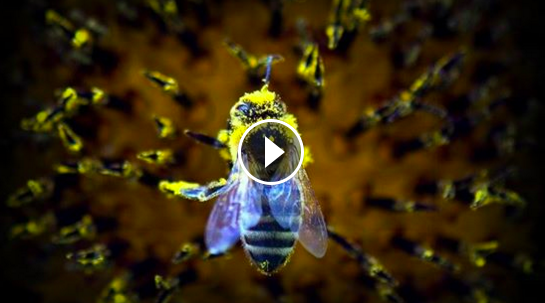 France just became the first country in the world to move toward a full ban on neonicotonoids (or “neonics”), a class of chemical responsible for global bee deaths.

Will you help us spread the good news by sharing our victory video on Facebook?

This couldn’t have come at a more important time. More than 300,000 honey bee colonies have died off in France every year since neonics were introduced in the 1990— and France’s honey production just reached an all-time low. After 190,000 SumOfUs members joined the public outcry and pushed France’s Minister of Ecology to come out in support of a neonics ban, France’s parliament opposed the Minister for Agriculture — and with just hours to spare voted for a biodiversity law that includes a total ban on neonics, starting September 2018.

This is GREAT news, but the fight isn’t over quite yet. The French Senate still has to finalize the decision, and big agrochemical lobbies are already working hard to influence the upcoming debate. Now more than ever, we need to keep up our pressure.

We’ve been standing up for bee scientists and unbiased science! 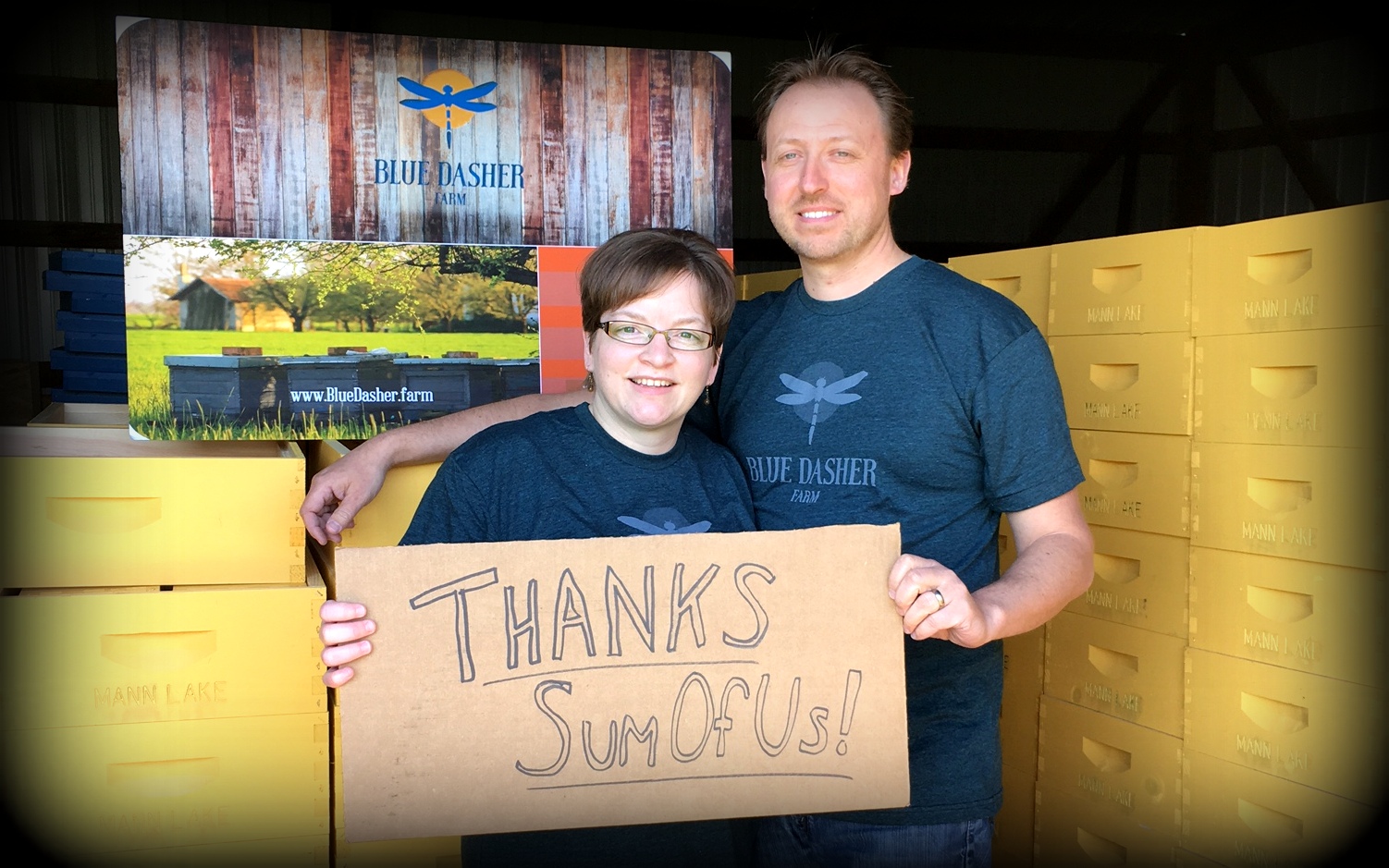 When government bee scientist Jonathan Lundgren was being censored by the U.S. Department of Agriculture because his unbiased research threatened the agrochemical industry, we sprang into action. Hundreds of thousands of us worldwide joined together to demand his gag order be lifted, and for public scientists to be allowed to do their jobs without corporate threats.

Together, our community is supporting public science and we’ve helped Jonathan and his work get off to a new start at Blue Dasher Farm, where he plans to lead cutting-edge independent bee research outside of the control of the world’s biggest pesticide companies. That’s something worth celebrating! 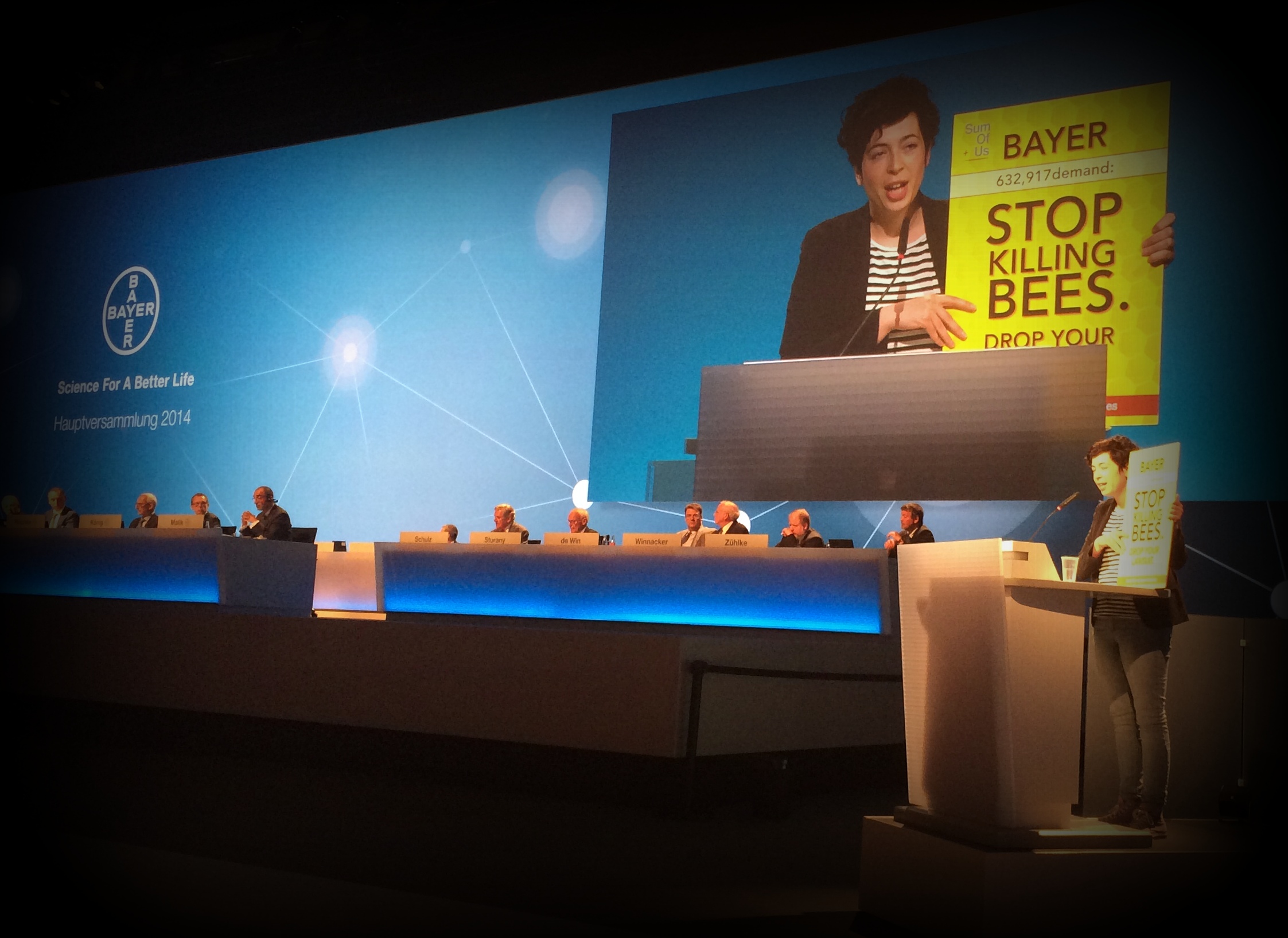 Thanks to your support, we are sending beekeepers to share their stories directly at the Bayer AGM — happening just days from now. What’s more, our star campaigner Anne Isakowitsch will be speaking at the meeting to thousands of Bayer shareholders, with an official motion we filed asking Bayer’s shareholders to pay attention to the massive opposition worldwide against bee-harming pesticides.

It’s clear that our work is helping. Public opposition to neonics is growing by the day. There are moratoriums on neonics in the EU, a ban in the U.S. State of Maryland, and two of Canada’s largest provinces are phasing out neonics –one of which was just upheld in spite of a court appeal. We’re reaching a tipping point where these products will be too toxic to touch.

And one of the USA’s largest lawn and garden chemical companies is the first to tip. Scotts Miracle-Gro just announced it is turning completely away from bee-harming pesticides.

Our goal is simple but clear: We will keep piling on the pressure until every company follows suit. 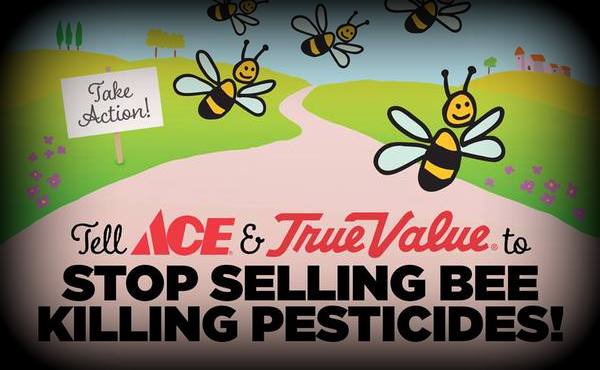 Following up on our huge wins against Home Depot and Lowe’s last year, we’re going to keep up our pressure on the biggest hardware chains that still have not committed to banning bee-harming pesticides, Ace and True Value.

And we have big plans to expand our fight to make sure grocery chains stop selling neonics too.

If you know of any local stores that still sell bee-killing pesticide, you can take action now by starting your very own petition at SumOfUs Community.

And more to come!

Together we’re stopping the world’s biggest companies in their tracks as they endanger the health of pollinators, our food supply, and our environment. Thanks for everything you’ve done to power this fight. I can tell you one thing: this is just the beginning.

Thanks for all you do,
Taren and the bee-loving team at SumOfUs

P.S. All of this incredible progress is only possible because of the financial support of thousands of SumOfUs members. If you’re able to, could you donate so we can keep fighting these important battles for the bees?