AddThis Sharing Buttons
Share to FacebookShare to TwitterShare to PinterestShare to E-MailShare to Mehr…5.8K 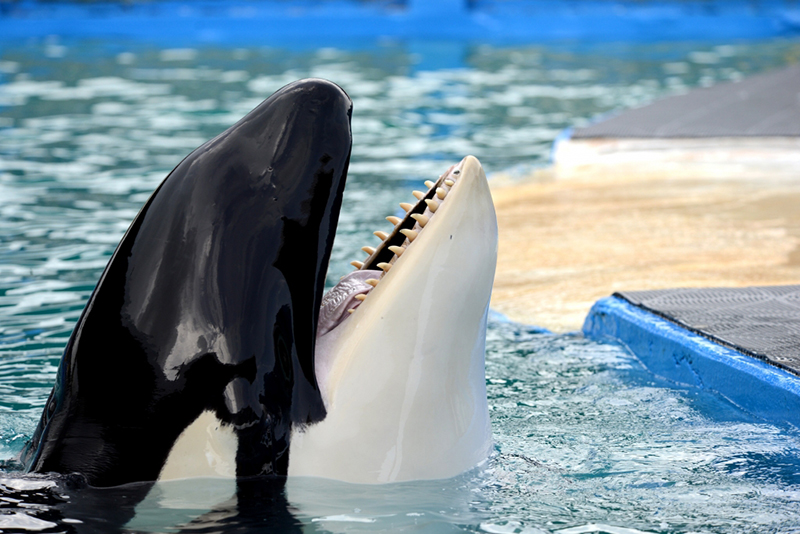 Despite overwhelming evidence that orcas suffer in captivity and that the tide of public opinion has turned against marine mammal confinement, Miami Seaquarium and Marineland Antibes in France continue to confine intelligent, sensitive orcas to tiny concrete tanks.

Lolita was torn away from her family and natural habitat decades ago, along with dozens of other orcas in Puget Sound who were later sold to marine parks. Nearly a half-century later, she is the last surviving orca of the 45 who were captured and is still imprisoned by Miami Seaquarium—in the smallest, oldest orca tank in North America—while the rest of her pod, including an orca believed to be her mother, swims freely. Lolita is a member of the Southern Resident orca population—a group of orcas who are now protected as an endangered species, in large part because captures like hers decimated the population. Lolita has not had contact with another orca since 1980, when her tank mate, Hugo, died after repeatedly ramming his head into a wall. 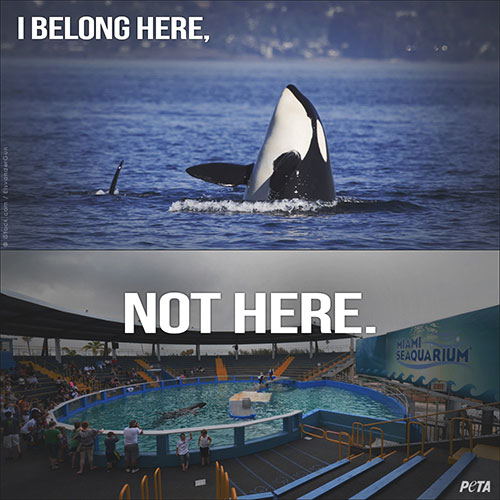 Wikie, Inouk, Moana, and Keijo are trapped at Marineland Antibes, where at least 12 orcas have died since 1970, including two in 2015—among them, a 19-year-old named Valentin, who was killed by severe flooding along with many other animals. The park is a showcase of neglect and abuse: Orcas swim in repetitive patterns, vomit, chew on metal cage bars until they irreparably damage their teeth, and bang their heads against concrete walls. Four months before the floods, Valentin’s mother, Freya, also died—decades before the maximum life expectancy of female orcas in nature.

You can help free Lolita, Wikie, Inouk, Moana, and Keijo by urging the parent company of Miami Seaquarium and Marineland Antibes to retire them to a seaside sanctuary, where they could feel waves, hear wild pods, and finally have some semblance of a natural life. Use the form below to send an e-mail directly to the parks‘ parent company, Parques Reunidos, and Arle Capital Partners, its former owner and current shareholder.