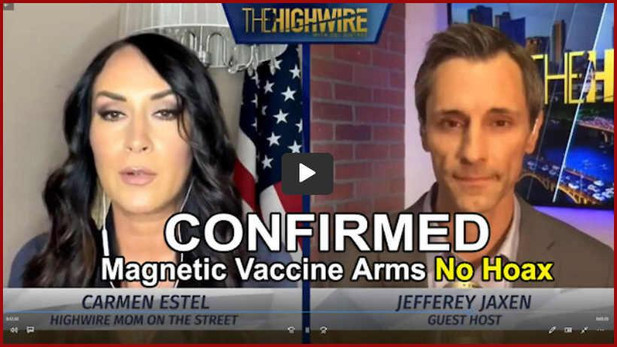 These were never „vaccines“ against a virus.
This is a secret nanotech project developed
to reach and control the brains of the human population.

by „A Marcher“ (from Spain)
(henrymakow.com)

A biologist named Ricardo Delgado and a doctor, Dr. Jose Luis Sevillano, both host an on-line program called „La Quinta Columna“, say some people’s arms become magnetic precisely in the point where they were inoculated, holding not only magnets but scissors, metal parts, tools even cellphones!.

The phenomenon is not exclusive to the arm. Within days it moves towards the chest, neck or upper spine. (unfortunately my mother and my aunt they took the first shot of the Pfizer jab and my sister confirmed that this is sadly true).

They started their own research and discovered this.

1. All the vaccines are manufactured using the same nano-technology. In Spain it…