Whether it’s for jacket trim, a full-length coat, or fluff on a shoe, animals are violently killed in the fur industry. That’s why PETA Asia is putting the pressure on Chinese retailer Meters/bonwe to end its use of fur trim on coats and jackets. 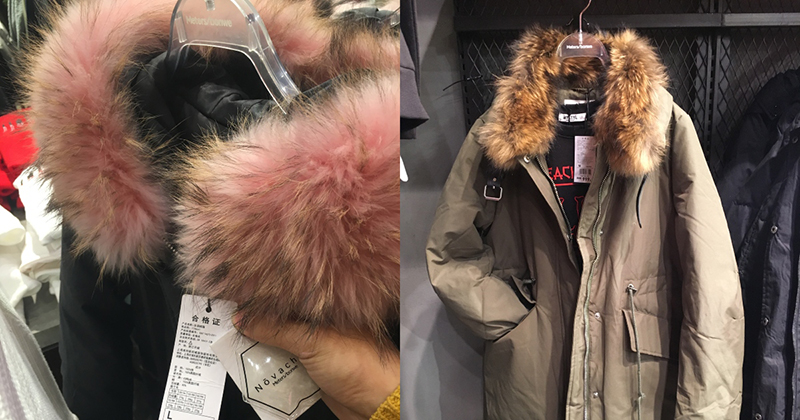 Eyewitness investigators have documented horrific abuse of animals on fur farms in China—the country from which Meters/bonwe exclusively sources its fur. Animals on these farms are confined to filthy cages for their entire lives before they’re bludgeoned, anally electrocuted, gassed, or even skinned alive. One eyewitness captured video footage showing a raccoon dog—the same species killed for Meters/bonwe’s coats—who had been skinned alive muster the strength to lift his bloody head and look at the camera.

All fur comes from tortured animals: There are no penalties for abusing animals on fur farms in China. Don’t let Meters/bonwe continue to profit from animal suffering. Help PETA Asia persuade this company to drop fur now.

Online travel-booking company Priceline.com offers bookings for exploitative elephant camps, even after dozens of travel companies around the world have turned their backs on facilities that abuse animals for entertainment. Elephants who are used for rides and other interactions endure lives in which they’re controlled under the constant threat of violence and routinely kept chained. 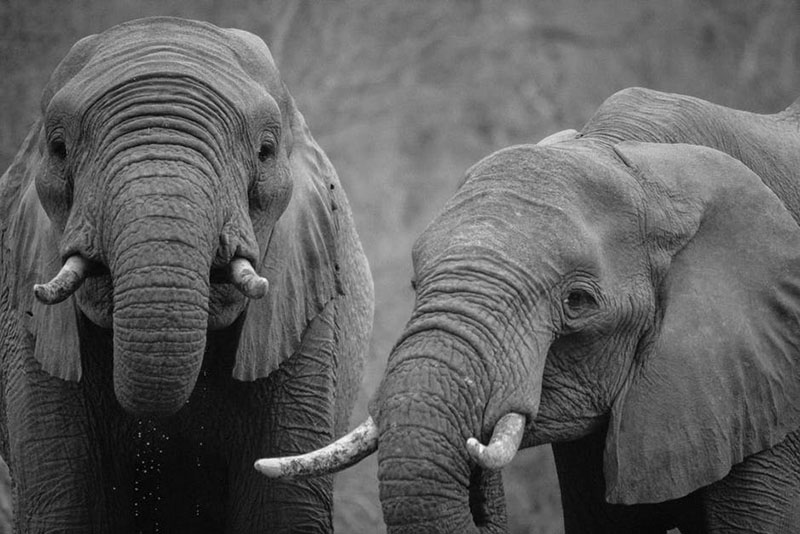 Those who are used for rides are trained as babies in a process commonly called phajaan, or „the crush.“ During this process, still-nursing baby elephants are torn away from their mothers, kicking and screaming. They’re lassoed and bound with ropes, immobilized in wooden boxes, beaten mercilessly, and gouged with bullhooks, nail-studded sticks, or other weapons—sometimes for days on end.

These ritualized „training“ sessions leave the elephants badly injured and traumatized, and it’s been reported that up to half of the baby elephants who are subjected to this abuse don’t survive the process.

Those who do are forced to spend their lives in servitude, under the constant threat of punishment. They’re routinely beaten and often worked to the point of exhaustion, sometimes even to the point of death. 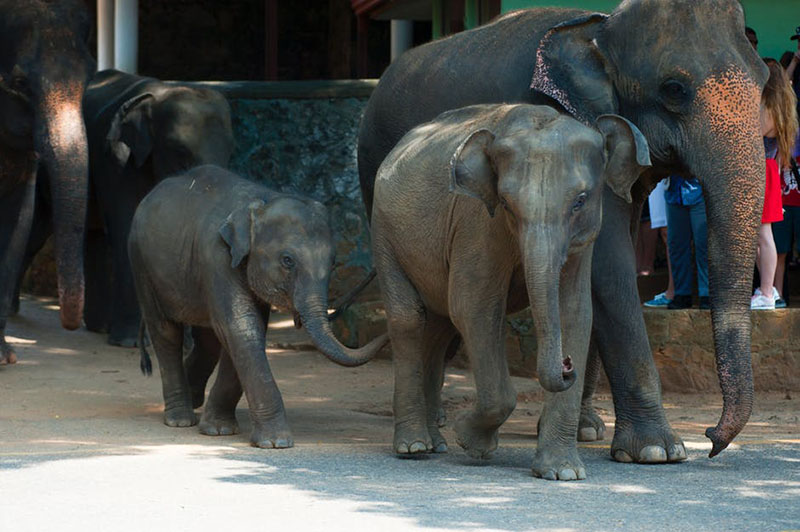 Public opposition to the use of animals for entertainment is stronger than it’s ever been, and dozens of businesses in the travel and hospitality industries—including TripAdvisor—have stopped selling elephant rides and pledged not to associate with camps that exploit elephants. This year, Expedia also announced that activities involving certain wild-animal interactions will no longer be bookable through its sites.

Continuing to allow exploitative camps to be listed on Priceline.com helps drive demand for an egregiously cruel industry that uses violence and domination to force elephants into subservience. Please urge Priceline.com to catch up to its competitors and stop booking visits to camps that exploit elephants. 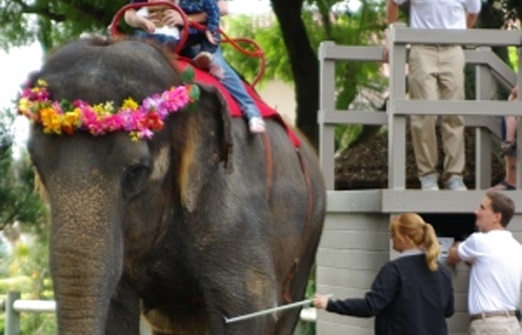 When PETA founder Ingrid Newkirk arrived in Mumbai for a visit to our affiliate PETA India, one of the first sights that greeted her was a terrified 4-month-old puppy who had sustained third-degree acid burns on her back and was being attacked by other dogs.

Newkirk immediately took the pup in her arms and rushed her to PETA India’s office, where a veterinarian treated her severe injuries.

The little dog recuperated in PETA India’s office, claiming a favorite spot on a large faux-leather armchair, where she was surrounded by doting staff. Although she was in pain for a while, she never lost her sweet disposition.

Now named Hershey, the rescued pup has recovered from her burns and is living at an animal sanctuary while she waits for the perfect adoptive family.

Hershey has made plenty of new friends, from the human caregivers she loves to shower with kisses to the canine pals she runs and wrestles with. She’s even developed a “reality TV” habit: She loves to watch videos of other dogs on YouTube! Here she is playing outdoors with some of her new friends:

Hershey was just one of millions of stray dogs and cats who struggle to survive on the streets of India. They scrounge for scraps, sleep in doorways and under bridges, and commonly suffer from mange and other contagious diseases. Many of them starve, are struck by vehicles, or are intentionally abused, as Hershey was. PETA India recently worked to expel medical students who tossed a stray puppy off a roof.

PETA India is addressing the root of the homeless-animal crisis by going into villages and spaying, neutering, and vaccinating community dogs and cats—as well as treating them with ivermectin, a heartworm preventive that also addresses parasites, such as mange mites. And they’re using high-profile celebrities to promote the adoption of desi, or native, street dogs.

What You Can Do

You can help save more animals like Hershey by supporting PETA India’s work to improve the lives of animals. 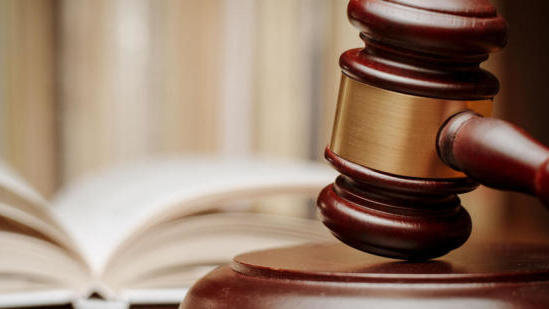 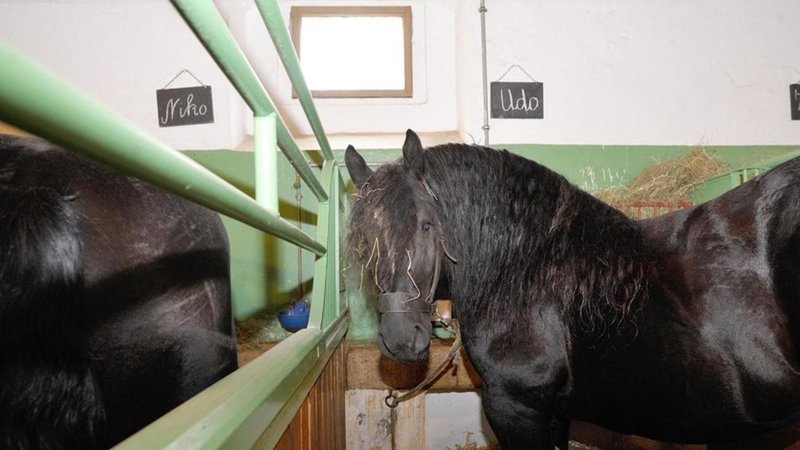